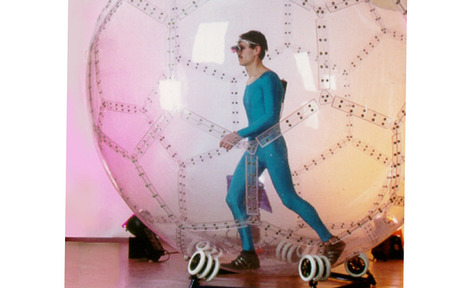 Making 30 year old men think they’ve changed into 10 year old girls sounds like the premise of a bad sci-fi movie – but it’s actually a psychological experiment that has just taken place in Barcelona University. It works, and it’s our favourite experiment of the week.

A story in the New Scientist explains how virtual reality headsets and tying in touch with the virtual visual experiences made a group of test subjects think someone else’s body was theirs. The term for this psychological manoeuvre is body transfer.

In the experiment a group of men aged 20-30 were given virtual reality headsets. When they looked down at their legs they saw the body of a 10 year old girl. Still in the perspective of the girl, they saw a woman come up and touch them on the face. At the same time testers in the lab touched the men on the face. The men said it felt like they were really occupying the body of the girl.

The view in the glasses then zoomed out and the men were now looking down on the girl from a third person perspective and watched as a woman came up and slapped her. They all suffered a fear and anxiety response greater than if they’d simply watched it all from a third party perspective.

As the New Scientist puts it “The finding highlights how far our sense of self and body image can be manipulated”.

Anyway, we are sooo into this real-life avatar thing at ShinyShiny, largely because it’s just like the Matrix and we love that. Here are three potential uses for this tech-aided psychological effect:

1) Computer games: think how much more intense first-person games would be if you actually thought you were your avatar. It’s like the ultimate fantasy.

2) Psychological help for people uncomfortable with their own bodies: use of avatars in situations like Second Life have already been documented as useful for people exploring different scenarios like gender change or, in the case of one woman with a wooden leg, being comfortable with taking her leg off. Researchers have suggest it might help treating people with body image distortion problems like aneroxia

3) Helping us understand other people: psychologists are really interested in what this tells us about empathy, how we connect with our own bodies, how we treat other people’s bodies and how we separate what is our body from the outside world.

Bagsy a go if anyone’s offering this around.