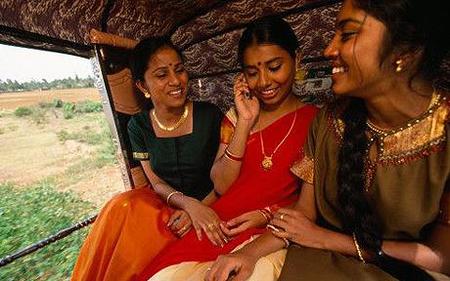 It’s a common theme in articles that technology stresses us out: constantly beeping blackberries, information overload, update fatigue and the privileging of virtual life over real life etc etc.

But a study by BCS, the Chartered Institute for IT has found out that access to technology increases feelings of wellbeing. They analysed the results of a survey of 35,000 people around the world to get the results.

The link between well-being and access to tech is particularly strong among women and among people on lower incomes and in developing countries. But even in the UK it showed “that access to information technology has a ‘statistically significant, positive impact on life satisfaction’.”

The study measured how technology affected both Life Satisfaction and the Sense of Freedom and Control. It found that the two were connected and that because people felt more in control with access to phones and the internet, they consequently had greater life satisfaction.

I guess people who society doesn’t give much freedom or choice to – poorer people and in many societies, women – benefit more significantly from being able to contact friends and be part of online networks.

Paul Flatters who conducted the research on behalf of the BCS, told the BBC:

“Our hypothesis is that women in developing countries benefit more because they are more socially constrained in society.” He added: “The next phase of our research is to test that.”

Technology is a great enabler and this story reminds me why projects like the Ereaders in Africa charity are fantastic.