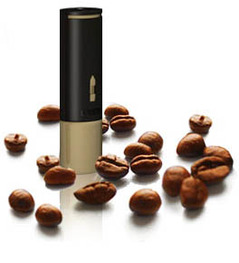 Breathable chocolate is not just some wacky Willy Wonka idea – it’s a reality. A commercially available reality. You can now buy food aersols “Le Whif” in House of Fraser outlets across the UK.

Available in three chocolate and one coffee flavour, you don’t bite swallow or chew to imbibe these Le Whif foods, you just inhale: “Le Whif allows consumers to breathe in chocolate or coffee through their mouths from a lipstick-style tube inhaler.”

The products are billed as having all the flavour but none of the calories of normal food:

“Le Whif Chocolate delivers the taste of chocolate with less than one calorie, and Le Whif Coffee provides a caffeine dose equivalent to a small shot of espresso.”

Each Le Whif stick provides enough for 7 or 8 inhalations. 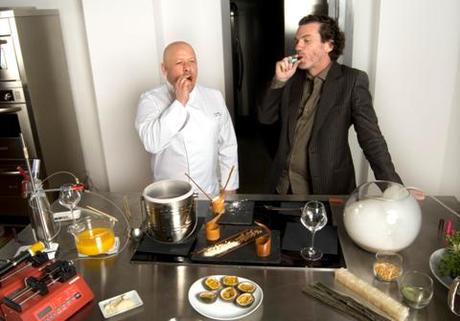 Not just a weird student project, it has David Edwards, professor of biomedical engineering at Harvard University and founder of Artscience Labs behind it. He explains how Le Whif works:
“Le Whif uses particle engineering to form chocolate and coffee in microscopic sizes that are small enough to become airborne, though too large to enter the lungs.”

Edwards combined his knowledge of aerosol science with the culinary arts by partnering with Michelin-rated French chef Thierry Marx to develop the Le Whif flavours.

If you’re confused about why a biomedical professor is spending his time making chocolate bars into aerosols, well it beats me too, but you can see more David Edwards here.

Priced at £1.99 for one or £4.99 for three, Le Whif Chocolate and Le Whif Coffee is available in 13 House of Fraser stores across the UK, it is also available on the website: www.lewhif.com