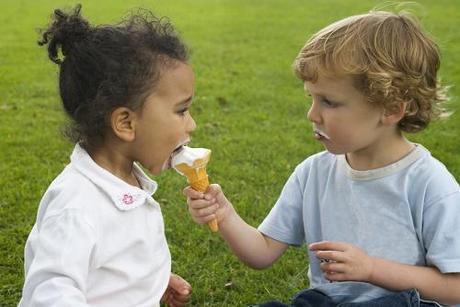 At the launch of the Microsoft Kin phone on Monday one word kept coming up and it wasn’t “processor”, it was “sharing”. The Kin was for people who lifecast, people whose updates and uploads make “magazines” of their lives (in the words of the Microsoft rep) and who feel lonely when they don’t have their phones on. People who like to share in other words.

These people are teenagers obviously, but I think we can recognise this impulse in all of us and it made me wonder why. When I can’t get signal on my phone to tweet something, it’s a frustration. Previously I’d have just walked past a man in an elephant costume, perhaps chuckling quietly to myself. Now, I’d have to stop, take a picture, tweet it, probably put it on Facebook too.

Why do we have this compulsive impulse to share stuff on the internet? A few suggestions:

1) We want to be stars of our own magazines. It’s like having your own column, photoshoot, and being the editor at the same time.

2) It’s an information service – okay so the average Facebook update isn’t what we’d call hard news, but it is useful sometimes to know news about your friends or to get help off them. If you’re out of the country, or back in your hometown, Facebook can be pretty useful for letting people know without having to email everyone.

3) It stores your memories: like a constantly updated yearbook, Facebook means you don’t forget stuff or people. The internet has often been compared to an extended memory, and while sites like Wikipedia help refresh your mind about ancient history or science facts; social networking sites remind you about your own personal memories: what you got up to last week, month, and what your friend looked like before she bleached her hair. I never browse through old photos on my computer, but I do on Facebook.

4) You just have to be online. If you’re not posting stuff online these days – it’s a bit like you don’t exist. Not going on Facebook is a bit like not going out with your friends. Staying in your digital house and not talking to anyone. Seeing how significant the internet is, it’s important to have a presence there.