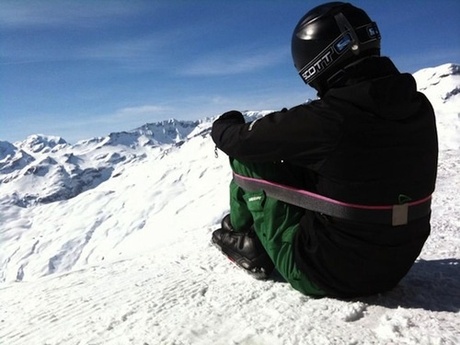 If you thought a chair had four legs and a seat of some sorts, this new invention from high-end German furniture firm Vitra looks like an unlikely sort of sitting aid.

The Chairless is a nylon strap which you slide over you back and knees and makes it easier to sit on the floor, sort of.

It does perform one of a chair’s normal functions – letting you lean back without falling over. Chairless however doesn’t perform other key functions: things like raising you off the ground and making it easier to eat from tables. 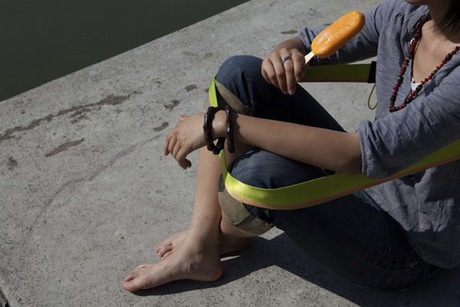 Still. Something for festivals? Hikes up mountains? Apparently this invention by designer Alejandro Aravena was inspired by a picture of an Paraguayan Indian sitting with such a strap and he designates his device as an invention for the modern nomad. 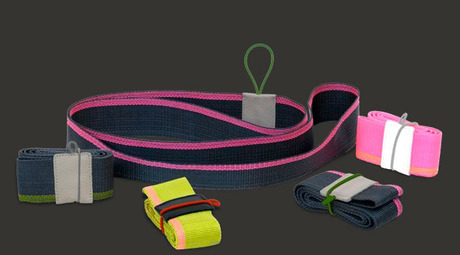 Chairless is from Vitra.com, the first batch has sold out, but a new ones are expected in June.