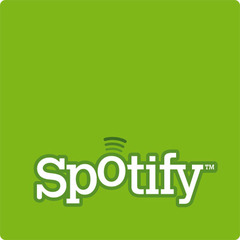 These days it seems like all web services can be improved by getting Facebook functionality plugged into them. Of course it’s terrifying because Facebook is taking over the internet, and hoarding vast amounts of personal information about about all our banal little lives. But it is also great. In the case of Spotify’s greater integration with Facebook (and Twitter) launched today, it makes the music streaming service a lot more engaging and fun. Sitting at your laptop with headphones on listening to metal has just become a potential source of social interaction as opposed to a way of cutting it off.

I do love Spotify. As webservices go it is up there with gmail, twitter and facebook as one of my top four. Free Spotify is unfortuntately limited – you need an invite to join now. Premium Spotify is £9.99 a month.

But is this overhaul as good as it is built up to be? does it actually make a difference to the average Spotify session?

1 Being able to share songs and playlists on Facebook:
This is great fun. The previous mechanism for sharing playlists was popular but kind of clunky and a little complicated. With Facebook it’s dead simple and much easier to get your friends’ playlists. The interface is well designed and sharing is a one button click, then a question of signing in on Facebook. Great.

The downside: not all my friends have Spotify and till they do, the links on my page are useless to them. I can see it getting annoying on FB too if profile pages are taken up with everyone sharing songs that only a limited number of people can access.

Like? YES. At the risk of sounding like a PR robot: Music is Social. I don’t think I’ll be spamming facebook loads but for playlists, this is a good idea.

2 The Spotify Music Profile
This creates a little profile for you on Spotify pulling in a name and picture from your Facebook profile and adding your top tracks, top artists (think these are only from recent months) and your playlists. All are public by default but the list is editable so you can take off the embarassing Avril Lavigne playlist and make sure only the presentable ones are visible to your friends on Spotify.

Like? YES, though I wish the default was private.

3 Personalised Sharing
This lets you drag and drop individual songs or playlists onto your friends’ profiles. I haven’t used that yet – but could see it being a fun way to interact with people on Spotify itself. You can also do things like see who else has subscribed to the same playlist as you and click through to their spotify and then Facebook profile.

4 Mobile to Spotify
This is only of use if you have the Premium service which only 320,000 of Spotify’s 7 million users do. I don’t. It lets you wirelessly sync your phone’s Spotify app with your PC allowing you to copy your music files to your mobile.

Like? personally i’m a meh on this one, could see others liking it.

5 The Library
Collects all tracks that you have starred, imported, bought or included in one big list and also upload smusic from your computer’s own media collections to Spotify. That’s good, but doesn’t wow me. That music was 95% on Spotify anyway, but it does mean that I’ll be using Spotify as my almost unique music player.

Like? again yeah sure, not a wow development, but interesting.

OVERALL:
I think adding that social element to Spotify makes an already great service a bit more fun and engaging. Good move. But it does show up the disjunction between the number of Facebook friends I have and the number of them who have Spotify, to my non-Spotify-ennabled friends, I am basically spamming their facebook walls with ads for paid service. (This is a plea to Spotify to re-open registration to their free service.)

This will be particularly good for small websites and blogs who will be able to share playlists easily with fans (again, providing those fans have spotify) and can also embed links to their Spotify profiles on their website.

Related: How to get the best out of Spotify — 10 neat tips