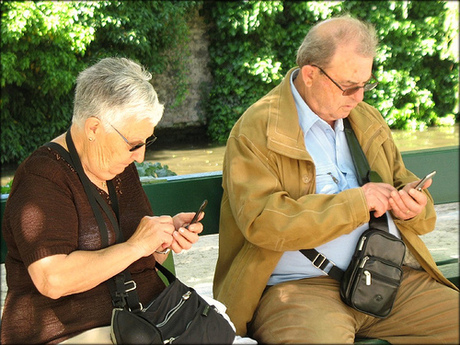 We know that everyone who can tends to social network on their phones, but did you know that men do it more than women? Seems surprising but it’s one of several things Orange found out after it analysed data from its customers about their use of mobile phones.

Other fun gender-related facts about mobile use are….

1) Games: while mobile gaming is enjoyed by both genders, men like time-related challenges such as Tetris, whereas women prefer strategic games with less time pressure such as SIMS and Monopoly.

2) Men like watching sport on their phones No-brainer this one. Sport is the main driver for mobile TV viewing and is more popular with men than women. In total, sports accounts for 50% of mobile TV content consumed, with Sky Sports 1 being the most popular mobile TV channel, attracting 24% of users.

3) Women still text more: Orange UK carries an average of 63 million SMS messages every day. The latest report reveals that women send more text and picture messages than men. The difference between the numbers of picture messages sent between men and women increases with age – with women over 60 years old sending 48% more than men in the same age group.

4) Cheryl Cole. Don’t know if this is gender-related at all, but celebrities are the most searched for term by customers, with Cheryl Cole being the no.1 searched for celebrity. Dear Cheryl. Maybe it says something about Orange customers. Her video, Fight For This Love is the number one downloaded video.

One thought on “Do men and women use their phones differently? Yes, according to Orange”