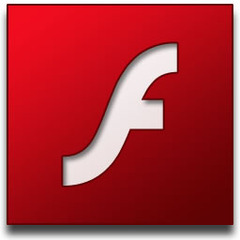 Apple has consistently failed to make their mobile products compatible with Adobe programmes. Neither the iPhone or the iPad display Flash – a move seen as a slap in the face to Adobe.

Most lately Apple nixed an attempt by Adobe to allow Flash developers to convert their apps and programes into iPhone-friendly code, and now Adobe are getting their own back by jumping into bed with Google Android, iPhone’s big rival.

Adobe have officially given up on helping Flash developers make stuff for iPhone and iPad, scrapping development on their “iPhone packager” software.

Adobe is now working with Google to bring Flash Player 10.1 and Adobe AIR 2.0 to Android-based devices. The company plans to have Flash 10.1 ready for Android (and Palm and RIM) within a matter of months.

A hacked-off Adobe employee laid into Apple on his personal blog concluding with the words: “Apple, go screw yourself.”

See also: Android v iPhone: how the States split up