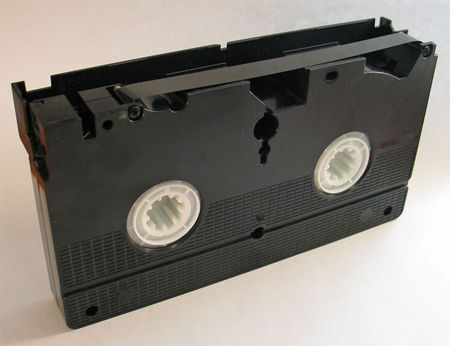 I know 80s music and clothes are in fashion – that’s why we’re all listening to synth pop again and wearing drainpipes – but 80s video recording equipment? Seemingly so.

News from the video and music industries confirmed that the recession had hit music, games and software sales – as you might expect. All sales figures were down in 2009, but intriguingly, one area went up: videocassettes.

Sales of VHS cassettes went up from 44,377 in 2008 to 95,201 last year. Though the figures are tiny compared to the number of DVDs sold (the most popular film alone, Harry Potter and the Half-Blood Prince, sold 2.2million).

I don’t know if anyone’s still making VHS but you can buy them on Amazon and on Kelkoo. 1987 video cassette of the Princess Bride anyone?

This sweet song by Brit band The XX called VCR came out in 2009, maybe that encouraged some VHS spending sprees, or more likely it’s just another symptom of the nostalgia that keeps us in love with retro technology.