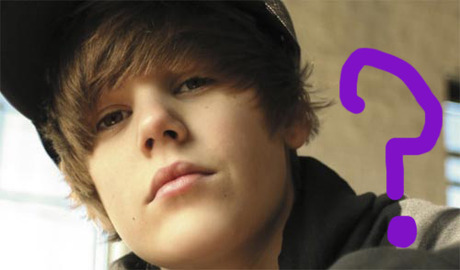 The internet loves him almost as much as it loves sarcastic cats and that’s a lot. But given that there are a lot of pop acts out there, why has this one captived the soul of the internet like nothing else?

1) He’s a promotion mastermind who has targeted the fans not the charts. According to some serious analysis on HypeBot, by releasing a steady stream of content, Bieber has hit the internet jackpot, and avoided the trap of milking singles for all they’re worth, in total releasing a phenomenal 18 tracks in 9 months.

2) Repetition. Going back to this erudite Hypebot analysis and we can confirm that Justin Bieber sure repeats the punchlines in his songs. The joke is that he repeats “I’ll tell you one time” in hit “One Time” 32 times. Ironic, no? It goes down well with tweens who like repetition apparently.

3) Chuck Norris is getting old. We need a new person to make memes about. See, ahem, twitter #justinbieber, and uh, Facebook group: JustinBieberBringsAllTheGirlsToTheYardAndThey’reLike, “CanYouEvenGetHard?” we’re not condoning it, we’re just saying it exists.

4) He’s sweet, adorable, cute, looks like a baby, a girl, a chipmunk or Miley Cyrus depending on which forum you read.. seemingly we love all that stuff.

5) Even if you don’t think he’s cute what you think doesn’t matter, unless you are a 13 year old girl. The yahoo answers woman has basically got it right: “i guess it’s because his songs are catchy and on the radio a lot and little girls think he’s cute and they want to date/marry him”.