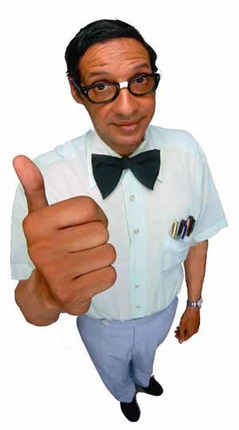 Google have promised to bring ultra high speed internet to 10 ordinary towns in the US and thousands of those ordinary towns have been falling over themselves to get the internet giant’s attention.

Previously we covered a town that temporarily renamed itself Google, now we’ve found one that is encouraging its citizens to dress as geeks and join a march in the main square of Mason City so that they can film it and post it on YouTube.

A member of the committee responsible for this effort – Dave Nutting is reported as saying:

According to kimt.com local news “Nutting adds just because we are in Iowa doesn’t mean we can’t be progressive.”

What is next? Will towns institute a new public holiday – Google Day? Will all babies born in the township be called Google? How far can this go?