Is it any surprise that Bebo users are younger than the members of Linked-In? no, but

Also amusingly, about 4% of Linked-In’s users are under 17. What teenagers go on Linked-In? Get back to Bebo you precocious little upstarts.

Enough of this chatting, let’s show you a few graphs.
This shows the age composition of members on 19 different social networking sites: 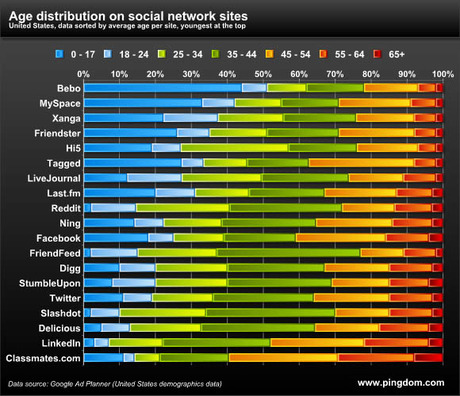 And this shows the average age of a given member on each social network site. Higher than you might think (I guess one or two much older members pushes the average right up), but it’s interesting for putting the different sites in relation to each other. 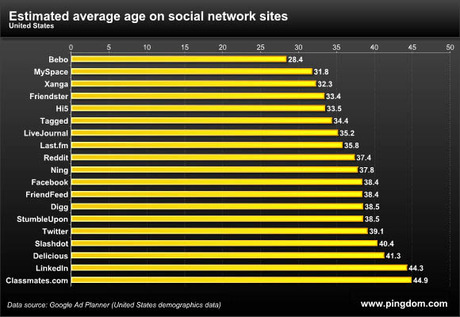 [graphs and stats courtesy of Pingdom]