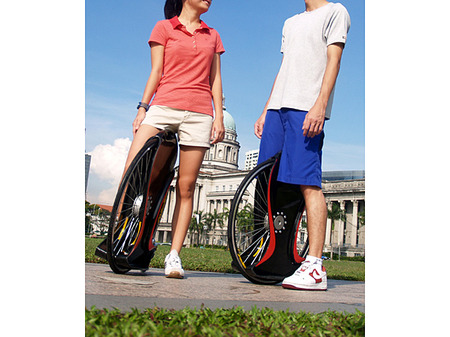 I don’t quite how you feel about having a bicycle wheel wedged in your crotch, but it *could* be the future of street transportation. Described as a cross between a bicycle and a skateboard, it’s the snazzily-named Magic One Wheel. 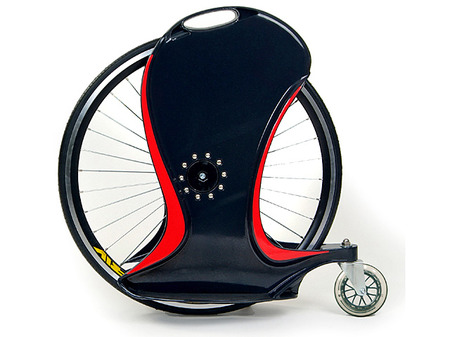 Capable of supporting weights up to 150kg, you push along the ground like with a skateboard to move it and steer by leaning. Hey, you can talk on your mobile phone while you’re doing it too.. See the video on the Brando link below.