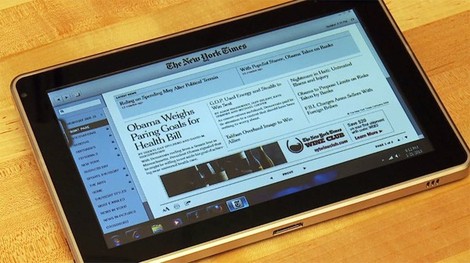 A Spanish paper has broken news of the price of HP’s tablet computer, the HP Slate. The Slate – the big rival to Apple’s iPad should be be selling for 400 euros or £359 for an entry level model.

That puts it just above cheaper end netbooks and directly challenges the iPad on price: coming in almost exactly the same bracket. The cheapest iPad will sell for $499 in the US, (£330 at current exchange rates) but given that tech is usually a bit cheaper in the States, we can envisage a £350 price tag minimum for the Apple gadget.

And the specs? Sounds like the Windows 7 device will have an Atom processor, USB ports, memory card reader and – unlike the iPad – a back-mounted webcam and Flash support.

It’s expected in shops before September.