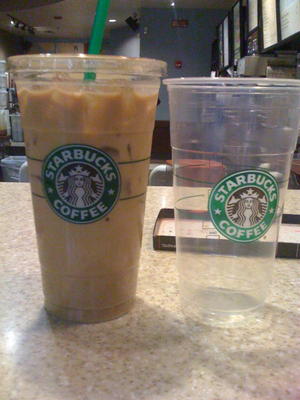 We are a tech blog and do, usually, write about about tech. Sometimes however, we like to write about coffee. Today is one of those days. How could we not cover the news that Starbucks have invented a new size of coffee? A size even bigger than their current big sizes, at no less than 32oz (0.9kg) of liquid, a drink guaranteed to send the drinker into a shivering caffeine fit.

While I would have called this size “really frigging big”, the Starbucks branding team have decided to call it a “Trenta” and they are trialling it now, in Phoneix, US. Presumably if too many people collapse in caffeine frenzies they won’t roll it out to the rest of the world, but otherwise, the chances are they will. This monster could be sliding across a formica counter near you..

It is only available for certain drinks, currently: basic iced coffees and iced teas. The Awl says:
“Starbucks will practice some comparative restraint […] — no ginormous iced lattes or super-sized Frappucinos.”

But they are sceptical about how long this can last for:
“The over/under on how long after national roll-out this “no milky, whipped-creamy drinks” edict will last has to be less than two months, right?”

Just to put that in perspective, here is a picture of a 32oz steak, replace the meat with caffeine dissolved in cold sugary milk and there you have it – the Trenta. 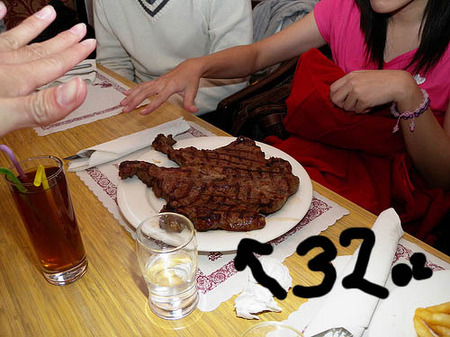