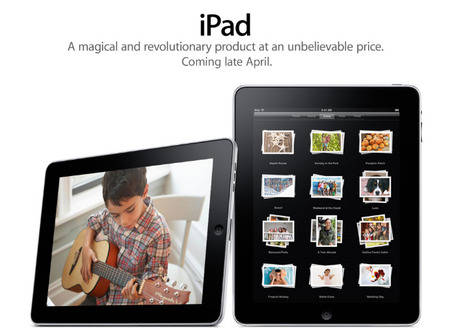 We knew it was coming out in April, or quarter 2, but we’ve finally got an on-the-shelves date from Apple for their iPad or Jesus gadget in the States. Hitting US shops on April 3, It’s slightly earlier than expected.

Americans will be able to pre-order both the Wi-Fi and 3G models from Apple’s online store starting from next week, March 12, but there is no pre-ordering as yet for the rest of the world.