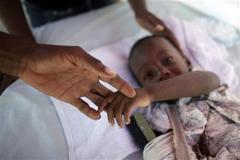 An encouraging story from Haiti about how an organised system of twitter hashtags can help get information to the right people in times of crisis.

Spurred by the earthquake crisis in Haiti, hackers and twitter do-gooders have developed a series of hashtags for use in emergencies. Working on the same principles as the tweets that fed into the UK Snow Map or the UK Mood Map, these would make easier for computers to automatically read tweets from areas affected by disaster – allowing the right information to get to the right people, provided the hashtags are adopted widely enough.

Geotagging would mean that information about location could be shared as well, and of course since Twitter can be update by phones through text or web, it would be very widely available.

Other tags like #Loc can be used for addresses and directions.

For example a few real tweets from now: