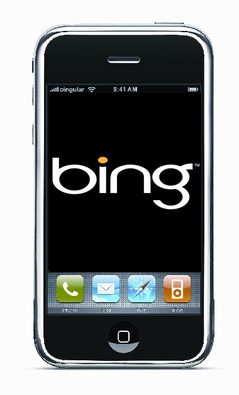 There’s been a lot of irresistable though unsubstantiated gossip that Apple will dump Google on its iPhone for Bing, Microsoft’s rival search engine.

The iPhone OS is due an update next week and we expect some big changes on OS 4. As well as changes to iTunes, The Wall Street Journal spread a rumour that Apple might ditch Google as the default search engine on the phone’s browser.

The reasons would be obvious… Apple and Google are locked in a clash of the tech titans with the pair facing up to each other in several key fields: mainly the booming smartphone market.

They’re also competing in the realm of internet browsers where Google Chrome has just overtaken Safari as the 3rd most popular after Internet Explorer and Mozilla.

But Microsoft may not benefit from the rivalry for long… Apple plan to launch their own search engine, something to definitely keep an eye on.