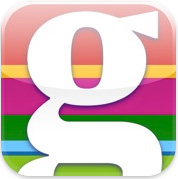 Good news for British newspaper the Guardian whose foray into app territory seems to have paid off. In the month since releasing the Guardian iPhone app, it has been downloaded almost 70,000 times. Since it retails at £2.39, the 70,000 sales should have brought in approximately £167,000 for the newspaper.

The Guardian obviously put care and attention into making the application look good and work intuitively – we reviewed the technicolour photo-centric app back in December.
The app is available in most European countries, as well as Australia, Canada and the US, and of course the UK, Ireland and US.

Developer hours will have to be subtracted from the profit and of course the possible impact on paper sales or site hits should be factored in too, but the success shows that there is still definitely an appetite for conventional media on mobile phones.

The Guardian haven’t done apps for Android, WinMo or any other mobile platforms.