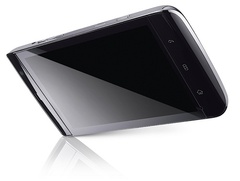 Dell has learnt one thing from Apple at least – keeping a bit of mystique going. Dell’s slim shiny new slate computer was launched at CES but kept tantalisingly out of the hands of reviewers. So what we know is: it has a 5 inch screen, it runs on Google Android and it looks a bit like a giant iPhone. Intrigued? Well we sort of are.

It’s a bit smaller than the HP slate revealed by Microsoft yesterday, though Dell say they’re testing the product in a range of different sizes. The PC company have been pushing into the mobile market recently designing a smartphone, the Mini 3.

Apparently it has a SIM slot which suggests it would run off a phone network contract. It comes in red too, according to a quick photoshoot with Engadget (pic below). It’s slim apparently, which makes up for the oversized phone feel, but the rest is shrouded in Applesque mystery. 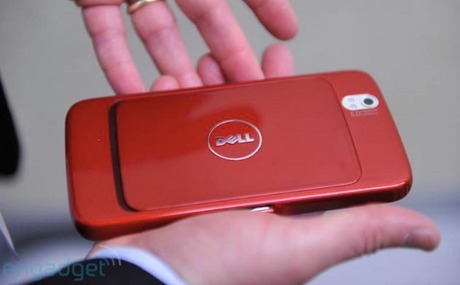