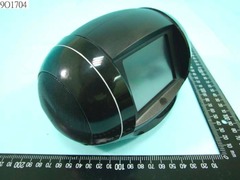 Meet the super-router. Doing so much more than just connecting computers to the internet, this new router leaves old routers in the noughties and streaks into the future.
Except from making toast, it does most things that household gadgets do.

Qisda’s new router has a touchscreen, speakers, lets you watch Youtube and tune into internet radio. It also has an internal memory and works as a clock radio. Engadget reckons: “it certainly does many things but may or may not actually do any of them well.”

That’s the catch obviously. It’s only just been patented so is not yet available in shops.
Details available from the FCC.