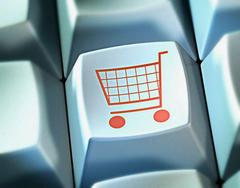 You know what it’s like. You’re stuffed with food, there’s nowt on TV and the inlaws are annoying you. So rather than brave the out of town shopping centre on Boxing Day, thoughts turn online to click up some bargains over the Xmas break.

According to the IMRG (Interactive Media Retail Group) a whopping £120m will be spent online by 4.3 million shoppers on Christmas Day this year with Boxing Day expected to be the busiest day of the festive break.

£102m was spent online on Christmas Day 2008, with retail sites such as Marks & Spencer, John Lewis, Boots, Debenhams, Play.com and M&M Direct all starting their sales on Christmas Day. There was a 39% increase in traffic from Christmas Eve to Christmas Day 2008 and a further 22% up to Boxing Day 2008 which ended as the busiest day for traffic to online retailers.

This trend is expected to continue this Christmas as more and more shoppers turn to the internet for their shopping fix and take advantage of the Christmas Sales. The year on year growth in sales value for December 2009 is expected to be around 14% and there have been strong sales performances across the online industry in the run up to Christmas with around £5.2bn expected to be spent online this month.

Says Brian McBride, Managing Director of Amazon.co.uk Ltd: ‘In 2008, we saw a 150% increase in sales on Christmas Day compared to the previous year. One of the great things about the advent of internet shopping is that you now have stores that are open 24/7, every single day of the year.

“We saw high volumes of gift certificates being redeemed on Christmas Day as well as a substantial number of MP3 tracks being purchased, with people presumably logging on to get content for the MP3 player that they had received as a gift earlier that day!”