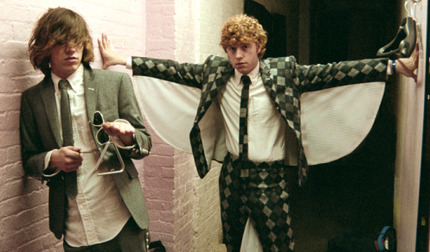 Their app is a simple one for fans – they decided to make it to get a more direct relationship with fans that didn’t rely on a social network. It means the band, not the social network holds the all-important fan details.

The app also encourages super-fans – it’s a VIP application for its fans that pulls in the group’s twitter and offers location-specific events and a tour calendar, free downloads also available. VIP members receive perks for being on the VIP list. The more they promote the band, the more points they get. Prizes include music and t-shirts.

Here’s a Read Write Web video of probably the most tech-savvy rock star in history discussing why he wanted to develop an iPhone app, instead of relying on information-greedy social networks. More apps and social media policy than sex and drugs in these guys’ rock’n’roll. You may not be surprised to know that the pair met at Harvard.