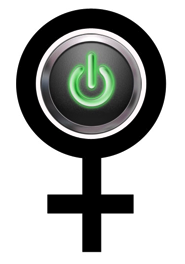 Yes they do – it’s statistically proven. Consequently they are slightly better at using the aforementioned gadgets. This is such universally-accepted truth that the story was carried on the BBC.

After reviewing 75000 calls taken in a month between September 25 and October 23, a UK gadget helpline released information about who called it, what was wrong and why. The service found that 64% of its male callers and 24% of its female callers had not read the instruction manual before ringing up.

12% of male and 7% of female customers simply needed to plug in or turn on their appliance. That’s embarrassing all round.

The company, Gadget Helpline, has 120,000 subscribers in the UK, most of whom are over the age of 35. The average age of helpline staff is 21. Though the gender gap was seen to be more interesting than the generation gap.

“There is evidence of a gender divide in technology, although a lot of it comes down to interpretation,” Joanna Bawa, chartered psychologist and editor of the Usability News website, told the BBC.

In general terms men treat technology as something to be understood and conquered while women are more motivated by appliances that benefit them, she added.

Yes, generic man, you may be bigger than the TV remote and would be able to take it down in a one-on-one bare fist fight, but.. will it flick channels and time-delay record for you? That is the question you should be asking.

The survey also noted that the call centre staff preferred talking to women rather than men.