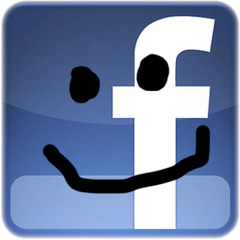 Using Facebook at work could actually improve the performance of employees, says an article in Advertising Age.

Approximately 54% of American companies have banned Facebook and other social networks in offices, according to figures compiled by USA Today. That’s because employers are worried about lower productivity or their company getting bad press.

Well they shouldn’t be, says this article: letting people on social networks in the office could actually have a positive effect. Facebook agrees – they posted the article up on their fan page.

Being a magazine for people in the ad industry, one main advantage they point out applies most to people working in communications or PR: “Marketers are at a clear disadvantage when they don’t have first-hand usage, insight and experience with social-media channels.”

The need to understand social-media wouldn’t apply to road-workers or neurosurgeons in the same way. But Advertising Age claims there are five basic benefits to any employer who lets their workers social network from the office:

2. Productivity benefits from brain breaks
Advertising Age quote research from MIT confirming that taking breaks helps us learn and be more productive: “A 2006 study observed rats pausing after exploring an unfamiliar maze. The neuroscientists theorized the rats were using the break to re-trace their steps in the maze for memory purposes — thus leading to better productivity during the next maze run. Well if it works for rats… Mind breaks lead to employee satisfaction and better productivity. This results in increased morale, reduced employee stress, low absenteeism and more engaged, healthier employees.

3. On-the-job training
Social media can serve as a virtual think tank. Advice, focus groups and mentoring can all be found through Twitter or professional groups on sites like Linked In.

4. Trust and transparency
Advertisting age says: “Banning employees from this widespread communication tool is akin to telling your employees they can’t use the phone for personal calls or e-mail friends and family. It’s a signal your company is oppressive and in the Dark Ages.”

Abuses of trust can be dealt with any the way any other performance problem is.

5. Listening/monitoring
Complaints could hurt the corporate brand but allows the employer a chance to address complaints or dissatisfaction.

Do you social network at work? Convinced by these benefits?

Some general reactions from comments on the Facebook fan page:

One commenter says:
“I think Facebook has a case of megalomania and is starting to believe it can be useful in any situation, marketing, at work, maybe saving a life, who knows. Facebook could be the answer to any problem.”

Another one points out the obvious..:
“I’m pretty sure that people goofed off at work long before Facebook and the Internet. Taking away social media will just lead to more creative goof-off tactics AND will also disarm employees from staying on top of current technologies and communications.”

One thought on “Facebook in the office makes employees work better”