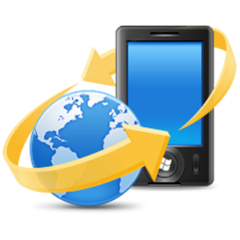 Today Microsoft launched their new phone brains: the Windows 6.5 Operating System for smartphones, and they want us all to be very excited about it. At its best Windows 6.5 Mobile merges your work PC, your home PC and your mobile – letting you work across platforms by uploading everything seamlessly into The Cloud.

At its worst it’s a slightly clunky User Interface. And, perhaps most significantly, is it just going to end up confusing everybody? We cover the pros and cons below:

FEATURES
The best bits of the Windows 6.5 OS:
1. A simple easy to use home screen giving easy access to all functions. Without leaving the home you can see whether you’ve got new emails, you can flip through your photos or you can see your calendar or text messages. “It’s a very scrolly home screen” explained the demonstrator.

2. Windows Apps – there are 60 in the UK right now. Expect the number to increase rapidly.

3. IM – as part of their “commitment to communication” Windows Live is integral, and there’s an instant messaging bit, which allows you to leave voice clips instead of text IMs. A weird instant messaging version of an answer phone.

4. The Cloud – this is the interesting bit. Most useful if you use a PC at home and the office and want to work across platforms. There are also some useful provisions in case you lose your phone: info from your phone is automatically backed up to the cloud, so you can simply download it to a new handset. And – thanks to GPS you can trace where your lost phone is on a map.

Lovely. What are the downsides?

CONFUSION
I put that in capital letters for a reason. Microsoft and several of their partners spent a while telling us that having a phone with hardware from one company, software from another company and network provision from another – wasn’t confusing for consumers. It was choice! Lucky consumers.

You can get Windows Mobile 6.5 on an HTC phone with T-Mobile or on a Sony Ericsson with Vodafone. Will customers be able to tell the difference? Will they ever choose a phone for its Operating System rather than its hardware?

The man from Phone4U at the press conference said it was a bit confusing. People go into a shop and ask for a phone, not a network or an OS or an app store.

Microsoft are upping the Windows Mobile brand – by advertising their OS directly. TV adverts for Windows Phone showed a man getting hugged by a cross between a Tellytubby and a Twitter icon, show how your applications follow you, metaphorically hugging you when you have Windows on your mobile. Windows Mobile is fun. And it’s being promoted by itself. But still, are people actually going to buy a phone for its OS?

The UI – a bit clunky and not very good looking. No wow factor here.

MyPhone and the Cloud co-ordination is what would make this worthwhile for a PC user. But, in my opinion – wait till Windows 7 comes out and all its touch capacities are exploited fully on a really high-end touch screen device.

Phones with Windows 6.1 may be available for an upgrade.