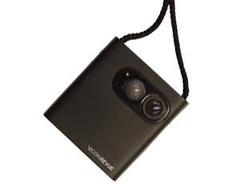 If cameras on necklaces that let you record everything that happens to you sound like spy-fiction gimmickry, think again. A UK-company are launching a consumer camera that does just that – allowing you to create life-logs, or visual records of your day.

The New Scientist explains that the camera was originally invented to help people with Alzheimer’s disease improve their memories, but that now Oxford-based company Vicon plan to sell it to the general public. It’s likely to be on the consumer technology market by 2010.

Worn around your neck as a pendant on a string, the Vicon camera captures every minute of your day. It’s not a constant video stream: the camera takes a still image once every 30 seconds, and takes extra images when it notices you’ve moved into a new room, through using its accelerometer and light sensors, or when you meet a new person, as detected by an infrared sensor picking up on the body heat of a person in front of the wearer. It can fit 30,000 images onto its 1-gigabyte memory. 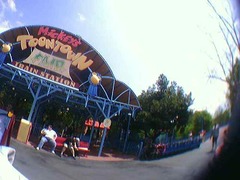 And would anyone want to life-log like this? Yes, apparently.

“Eventually”, Henry Kautz, a computer scientist at the University of Rochester, New York tells the New Scientist “a SenseCam-like device could be part of an artificial memory used by ordinary people, just as they use notebooks and planners as memory aids today.”

There you go. If people thought Twitter was too much information… life-logs will get them hopping.

Vicon’s ViconReview will retail for £500 (about $820) and will be marketed to researchers at first; going on sale in the next few months. A consumer version should be released in 2010.

Related: Why pointless babble is the point of Twitter