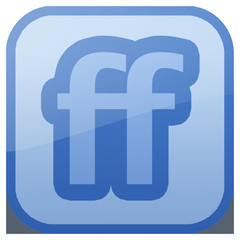 Oo, everyone’s getting a bit jittery on Friendfeed. Traffic’s been down in recent months (by 30% Techcrunch speculates) and it seems that even the titans of the service: Robert Scoble and Louis Gray are starting to spend less time on it.

Friendfeed is a “ghost town” is the rather more extreme verdict of MG Siegler, who claims that conversations on the site, FriendFeed’s trump feature, have slowed or died.

The service is popular among technocrati who use it as a more sophisticated Twitter. Bought by Facebook several months ago, it seems that that since the FriendFeed team have moved to Facebook HQ and that consequently innovations on the site have slowed down or stopped.

Friendfeed god Robert Scoble is pessimistic too: partly because Twitter is getting better – Tweeters are now able to group friends and feeds in lists, one of FriendFeed’s crucial offerings.

But he’s holding out for a second life for the service, perhaps, whisper it, among non-geeks who by now are accustomed to Twitter and are looking for cool new ways to social-network.

But Friendfeed team member Paul Buchheit promises a renaissance: “FriendFeed is not going away” he says.

We’ll see what happens. But if all the discussions on FriendFeed are about Friendfeed, as they currently are, then it certainly become less interesting for the average user.