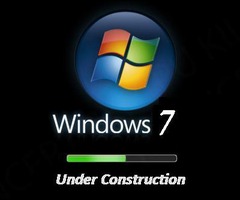 Oo, looks like Apple might make some snide jabs at Windows 7 in its next advertising campaign. Well so macnn suggests in this article. They say the Apple campaign will centre on difficulties upgrading from Windows XP to Windows 7 – highlighting the fact that XP is still the OS still used by many PC owners.

“It presents a very good opportunity for us,” he explains, noting that the upgrade from XP to Windows 7 could include backing up essential files, reformatting, and/or reinstalling old applications. “Any user that reads all those steps is probably going to freak out,” claims Schiller. “If you have to go through all that, why not just buy a Mac?”

Convinced? Would upgrade difficulties tip you over to the Mac side?