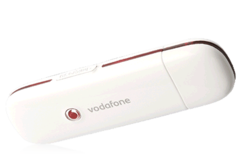 After my rant about my T-Mobile Broadband last week I felt I had to share this new research by Broadband Expert with you.

Firstly to show you that I wasn’t just moaning, and secondly to show that companies are seemingly telling us a few porkies with their mobile broadband advertising.

The survey by the comparison site found that UK mobile broadband providers are delivering services “far lower than advertised”.

Almost three and a half thousand broadband connections were tested over a five month period. Over this period the survey found that users only recorded an average download speed of 1.1Mbs, which is far less than our mobile broadband companies promise us.

Rob Webber, Broadband Expert’s commercial director, explained how they did the tests.
“These are tests performed by users on the Broadband Expert website. They select their internet service provider, their promised connection speed, and the sort of connection they have.

“As a result, some providers got tested more than others and we did not have enough data on British Telecom or Virgin Mobile to give a valid result,” he said.

I know I’ve said it before but I would love to hear if you’ve had any problems with these pesky dongles, maybe then we can start getting companies to wake up to the fact that their advertising standards need some serious thinking about.