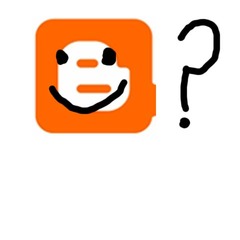 Last week we did a piece on 5 reasons why Twitter will kill blogging… and got a big reaction.

As one commentator sweetly pointed out, Shiny Shiny is in fact a blog so we do have a vested interest in defending them. Others said that Twitter is link dependent, so actually drives traffic to blogs. Several people pointed out that blogs can be great and that sometimes people want to read content that is longer than 140 characters.

From a reader’s point of view, then: Twitter one-liners supplement but don’t replace the more satisfying content on blogs and it could make it easier to find them. So it’s probably fair to say that Twitter helps strong blogs get stronger.

We delve into the motivation behind blogs after the jump..

The Guardian reckons they won’t, and it’s true that large numbers of blogs fall by the wayside, but easiness isn’t the only reason why people blog.

Reasons people write blogs and whether they should keep doing it:

If it’s for self-promotion – use Twitter
When you’re starting out, more people will see your twitter feed than your blog. Unless they are specifically looking for you, or are just mad-keen on the same combination of dogs and fine art. As for Facebook, only your friends will see what you’re saying thanks to new conventions on profile privacy that mean everyone should put their profile on private, in case the Daily Mail picks up on a picture of them having a drink. And to be honest, if you want to get yourself ‘out there’ your wit and creativity is moderately wasted on your Facebook friends. I mean, they already know you’re hilarious and have impeccable taste in lolcats. Plus they’re only logging on to see if that boy/girl they fancy has put any new photos up. (I imagine). Twitter you can follow around, come up with a few gems, and make friends you have never met IRL.

If it’s for random time-filling – definitely use Twitter/Facebook
Both social-networking sites are perfect for low-commitment idle browsing. Surely we don’t need to explain.

If it’s for creative catharsis – write a blog
Twitter is not cathartic, it is much too short and you have to think about what you’re saying for god’s sake. Facebook isn’t very good for splurges either: apart from the slightly clunky notes function, there’s not much space for this kind of writing. Also, since your little brother added you as a friend, you have to be more careful about what you say…
Ranting for a good long blog post as your anonymous online alter-ego is much more likely to ease your soul.

If it’s to explain something you love – write a blog
If you’ve got a topic you’re really passionate about and want to explore and explain in more detail, please do write a blog. So much interesting information from experts or passionate amateurs is now on the net thanks to blogs. And if they’re well-written, even better. That’s why the best blogs are gold dust.

I’m going to mention the recently deceased Nightjack again, and also to pick a couple of well-established ones Belle de Jour or this one about driving a yellow cab in New York. There are thousands more.

Thanks to Sarah, Ric, mandamme, Dani Gohin and Quwwa who commented on the 5 reasons Twitter will kill Blogs story.
And sorry to GoingLikeSixty whose thoughtful comment was destroyed by the captcha.