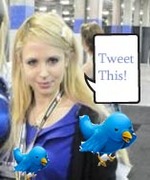 Twitter’s popularity has never been higher. You can’t pick up a a paper or go to website without reading about how it’s the ‘micro blogging tool of the decade’. You can use it catch up on what the latest online argument between Lily Allen and Perez Hilton is, hear breaking news before it reaches the paper, and even Obama is Tweeting messages of thanks to the populace. You can use this resource for house hunting, job searching and creating brand awareness, and there’s also an active community of Tweeters who comment on each other’s posts,

Considering Twitter gives one unfettered access to millions of people, more PR people than ever are joining Twitter. This is partly due to its popularity, and partly down to their management deciding it would be a good idea to ‘get with the times’. Sky News has just created a ‘Twitter correspondent position’ and there are numerous Twitter apps to make tweeting easier, from using a plug in application such as TwitterFox to Twibble from your phone.

It’s never been easier to Tweet- but are you? And what’s your type of Tweet? Read on to discover which category you fall into…

The Shameless Self promoter also known as the Auto Feeder

Yes, you know who you are. There’s nothing necessarily wrong with linking posts from your site to your Twitter account, but if you update 10 times day and never have any personal info on the tweets it’s essentially just internet spam now isn’t it? You might not be offering me Viagra but you’re still touting for business.

‘Today I had breakfast and then I went to work. Oh shoot- I’m almost out of charac-‘

Sound familiar? When one first joins Twitter the initial response is just to Tweet voraciously; on anything that takes their fancy, from burnt toast to travel card issues. It’s not to say the more experienced Twitter user wouldn’t mention those, but they might make them more entertaining, and better spelt.

But we love our newbies, as they remind us of our early fumbling footsteps into the brave new world of Web 2.0. If they never progress though, one has to wonder if a/ they’re under fourteen or b/they just see Twitter as one long Facebook status update.

These people were on Twitter pretty much from the day of its conception; they have all their Twitter apps sorted, and update a couple of times a day. Their tweets are succinct, entertaining, and provoke debate, and they’re savvy enough not to @reply EVERYONE, which is a sure way to lose followers. But you daren’t stop following these folk as they’ll have the Qwitter application installed and be notified when you leave. You can find them gathering at Twestivals and muttering dire things about newbie’s who are cluttering up their feeds.

Yes Mr PR Guru, Twitter is a good resource for reaching journo’s. But you can reach them anyway- via their email and phone. Clogging their feeds and sending them frivolous messages of fakery is not the way to go, and there are a wide variety of companies who have a disproportionate amount of new users in the last few weeks, which seems like a forced duty rather than a past time. And if you’re only on there to promote biscuits/software etc you’re hardly going to pepper press releases with revelations of your drunken shenanigans, as that wouldn’t be professional. Oh, don’t be professional, that’s not what it’s about– it’s the work/play combo that gets you a readership.

Friend me! Friend me! It’s a competition to see who’s first to 100, no, 200, no 1000! They never stop adding people, yet provide very little content of interest and guilt you into adding them with inquisitive DM messages.

Are you Tweeting or are you using this service as an IM client? Everything you say is littered with @soandso and @other important friend and we’re frankly bored baffled and left cold by this vacuous outpouring. Go install MSN again, or you’ll be defriended RIGHT now.

They tried it, they didn’t like it, yet their account is still live and they’re following you, in numbers if not in heart.

Zara Rabinowicz twitters more than she should on two accounts and is considering adding a third. Follow her here and here if you have the time. She can also now be found at here.