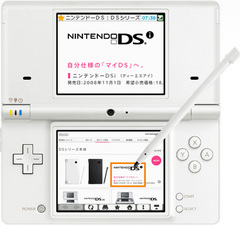 We’ve heard from the horses mouth itself… well, not quite -it was announced at a GameStop meetup, which Engadget then reported on, that Nintendo’s DSiWare app store is going to include downloadable Gameboy and Gameboy Advance titles, injecting a bit of retro gaming into a modern machine. If this is true – how frickin’ great is this? However, before excitement ensues, Nintendo broke the news to Kombo that such functionality is only on the cards for Japanese gamers. But the good news is that Nintendo didn’t deny that it’ll make it over to our shores either.

Apparently the service will only include first-party Nintendo games (think The Legend of Zelda, Super Mario Land 2 and Donkey Kong). Fingers crossed it comes true – if not a flight to Japan is your next best option.