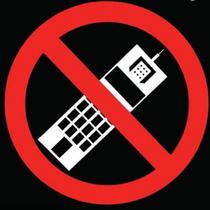 Mobile phone signal is a haphazard child. It comes in and out of bars fairly randomly, meaning one minute you’re crystal clear and then you’re suddenly cut off with a weird buzzing in your ear with ne’er a moments warning. Up till now we’ve kind of taken this as a natural disaster that you have to deal with, but a recent court case may have changed our attitude forever.

Tom Prescott, citizen of Richmond, London, recently took Orange to court after he found himself unable to receive any reception on his phone, either at home or in the office. Reasonably enough he requested to cancel his 18 month contract but when they refused, he decided he wasn’t going to put up with the monthly charge and sued them for all they had. Well, £500 to be precise.

It may not seem like a large sum, but it’s a huge step in consumer mobile rights. If we can now sue based on poor coverage, or use rubbish reception to get out of long contracts, I’d say that’s a step in our favour.

There are a few queries about this case, which leave a rather sour taste in the throat though.

Firstly, no signal in Richmond? At home or in the office. Hmm, it sounds distinctly dubious, especially as Orange say they’re disappointed by the verdict as ‘records show Prescott had “good use of his phone’. I’m not sure what good use means but presumably that means using up some of his allotted minutes.

Secondly, the payout. True, £500 is hardly awful, but considering the cost of an eighteen month contract it hardly seems worth the time and effort of a case. Say Tom was paying an average of £30 per month, times that by 18 and you get to £540. So he was essentially paid off, and had his contract ended but received no real money for stress and time involved in pursuing this matter.

It may be a step forward in the little man versus the big corporation, but we’re no closer to actually seeing definitive results, so the big man still seems ahead…for now.

Hopefully this case will open the floodgates for hundreds of dissatisfied customers and mobile phone operators will have to either improve their tariffs or be more open to negotiating contracts,

One thought on “Orange customer awarded £500 for lack of reception: Doors now open for similar complaints?”