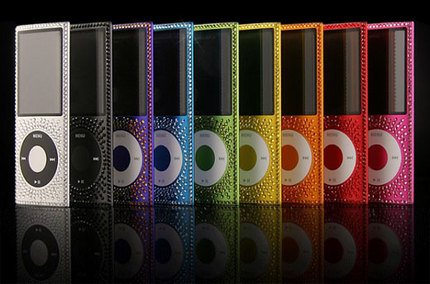 I like to think that if Elton John and I ever found ourselves in the same All Bar One, we’d strike up a conversation and get on like a house on fire. And then, just as he was leaving to get to McDonald’s before it shuts, he’d throw me a box which featured a full compliment of these Starburst iPod Nanos, each of which features a laser etched Elton signature, and Rocket Man: The Definitive Hits. I would, of course, then go and donate the 12.5% original purchase price to the Elton John AIDS Foundation, to ensure I wasn’t ripping off a charity.

Get yours here [via Technabob]