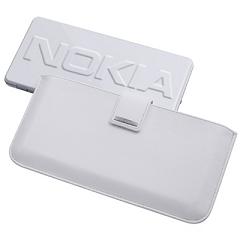 What, Nokia’s going to venture into the little laptop business? Really? Everyone seems to be shifting roles at the moment – Acer’s delved into smartphone territory, LG and Toshiba took their first steps into the world of netbooks last year and Hyundai went and unleashed a slew of mobiles. It’s just like in that movie Vice Versa – except there’s no mysterious oriental skull (that we know of).

And with soooo many netbooks assuming the role of the mobile phone, offering speedy internet connections, spacious keyboards, Bluetooth, but with added convenience, such as multi-touch trackpads, SD slots, USB ports, it’s no surprise Nokia wants in. This is especially true when you take into consideration that netbooks offer somthing similar to a smartphone, only in a bigger, manageable and more efficient outer shell. Nokia’s CEO made the netbook induced statement, saying that it’s working on its own mini machine to battle the likes of the Eee generation and other netbook offerings

That’s all the information there is for now , leaving us with no indication as to when Nokia will be gracing us with its netbook efforts.

Tell us what you think in the comments below – Is Nokia’s plan to spread its wings a good idea?