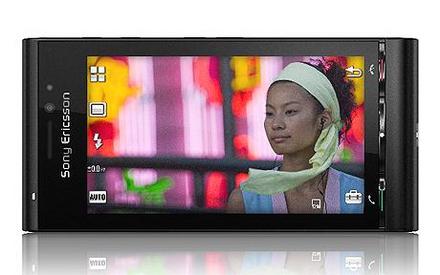 Where Samsung starts others will follow, so it’s no surprise that a mere two weeks after we heard about Samsung’s proposed 12 megapixel snapper that Sony Ericsson launch theirs onto the scene. The Idou looks like it may outperform Samsung though, as it will hopefully utilize their fantastic Cybershot technology to make it a high quality camera as well as a workable phone.

We’re hoping for a Carl Zeiss lens, dual flash and a variety of editing software in the final version, but as yet specs are fairly vague.

As well as 12 megapixels, we can confirm there will be a 3.5 inch touch screen, which could spell disaster for fans of the iPhone and the Nokia 5800. They’re placing this handset on their Entertainment Unlimited plan which means free access to a variety of entertainment, and it will run on the Symbian OS.

So far it looks like it’s grabbed all contenders by the collar and trampled them underfoot without even a backwards glance, but specs are one thing, and long term tests another.

Could this mobile spell the end for digital cameras or will we see more Android/Archos mash-ups in the next few years as camera makers struggle to keep their place in the market?