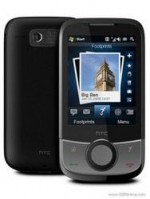 I wonder whether the decision to change the name of HTCs latest Touch Cruise device from ‘Lolita’ to ’09’ had something to do with that sub-culture of Japanese teenagers with a passion for quirky fashion? They probably weren’t too nonplussed with a phone damaging their unique style rep. In all probability, it’s got nothing to do with those fashionista’s, but whatever the reason, what was initially believed to be the HTC Touch Cruise Lolita is now the officially HTC Touch Cruise 09.

The HTC handset is a Windows Mobile (6.1) friendly one, with GPS navigation, 3G with HSDPA and a TouchFlo UI. Its GPS capabilities feature a new Advanced Navigation System as well as new HTC Footprints location based services and applications. Joining the above, there’s a 2.8-inch screen to assist with your touchscreen activities, a 3.2 megapixel camera, Bluetooth and WiFi.

There’s no info floating around the blogosphere about a release date, Spring is as much as we know, but its price tag is estimated at £440.