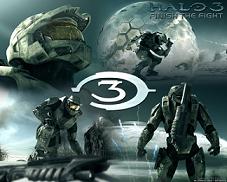 Your parents always said minor drug use would eventually lead to the hard stuff, and apparently they were right. But I’m not talking about narcotics in the traditional sense – you know, the kind that involves a dealer and parting with a lot of money. I’m talking about computer games, and in this case, Halo 3. Well it is, according to the judge sentencing the 17-year-old for killing his mum and attempting to kill his dad, after they tried to stop him playing Halo. Giving her verdict she commented: “When you stop [playing the game], your brain won’t stand for it, just as it wouldn’t stand for it when you quit using heroin or crack cocaine”.

The judge also passed judgement by saying the teenager’s 18-hour Halo-fest had probably “warped” his mind, saying “I firmly believe that Daniel Petric had no idea at the time he hatched this plot that if he killed his parents they would be dead forever”.

This can’t be doing much for Halo’s reputation, joining the cluster of other violent games that have been blamed for heavy-duty violence in the past.