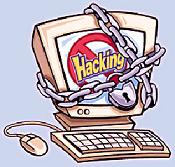 If there’s a rumour floating around the blogosphere advising you to switch internet browsers, it wouldn’t be your fault if you were to ignore that warning and carry on web surfing on your favourite browser. Now if the company behind the web browser itself, tells you to switch browsers due to security fears, you’d better take it seriously, listen up and get a switching. That’s what’s happened today, when Microsoft admitted that a serious security flaw has left its users vulnerable to attack from hackers, forcing all IE users who know what’s good for them, to take their pick of the alternative browsers including Chrome and my personal favourite – Firefox.

It’s highly recommended, especially as an estimated 10,000 websites have been corrupted and an estimated 500 users affected – unless you want cyber criminals to take control of your computer, steal your passwords and gain access to financial details on your PC. And with the flaw out in the open, all hackers great and small will be all over it like pigeons on bread (or flies on shit). Yep, it’s that’s serious.

In the meantime, Microsoft urged people to be vigilant while it carried out an investigation and prepared an emergency patch to resolve the issue. Microsoft could have kept schtum about the whole thing, but letting people know about the flaw was a smart and applaudable move, especially as IE users may not return once exposed to the joys of other browsers or the other side.