Continuing in our Secret Santa series of gifts for that troublesome colleague, we’re bringing you a selection of the best buys for under £15, and address just what you can get for those difficult to shop for people.

The problem: Duh, they’re the BOSS. They can raise your salary, fire you, or make you sit next to the smelly guy in accounts. How do you give them something that suggest you deserve a pay rise, acclaim and recognition as a valuable member of the team with tout being rude, offensive or making them think you’re overpaid?

Answer: There is no answer. Whatever you get you’re going to think they’ll over analyze your gifting choice, and either think you don’t know them at all or that you’re trying to suck up. Here are two inoffensive options however.

The Tengu is a cute USB device that move sits mouth depending on the surrounding noise- so your boss will now just how loudly people are chattering.

Alternatively opt for a Mystery box from Firebox. It cost £14.95 exactly and is full of god knows what- but is guaranteed to have 2-3 items in. And you can’t be blamed if they suck!

The Problem: He used to be such a fun chap but now he’s tied to the apron strings of his fiancée and is more whipped than a snowcone. Normal chatter has been suspended for debates about wedding flowers and seating arrangements and he doesn’t know how to reassert his manliness without upsetting everyone. A stripper is out the question, so how do you let him keep some shred of testosterone?

Answer: David Beckham. Yes, Mr Golden balls himself will prove he isn’t completely whipped, and carrying him around will give him extra coolness when working on his ‘I’m so happy’ speech.

The Problem: Nothing makes her happier than stomping around in her Dr Martens, calling out the names of the criminal forgetful people who haven’t tided their desk/emptied the dishes/used the recycle bin for every envelope. How do you get her something that shows that you understand she has your best interests at heart, whilst trying to stay on her good side? A dilemma indeed. 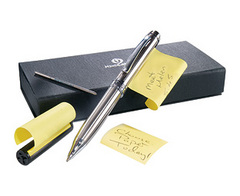 Answer: Work with her, rather than against her. Hey, organisation is a gift from the gods right? Instead of fighting her regiment, accept it for the useful productive, well highlighted chart that it is. This handy pen/post it note holder will be invaluable to her, and she’ll be touched that you pride her organisational skills. That or you’ll be on dishwasher duty forever…Get it here.

The stressed out single

The Probem: To ignore the fact that she is constantly alone, cries into her hot chocolate and never seems to find a nice guy would be insensitive; but how can you make her feel better about her tempestuous love life without resorting to buying a Bridget Jones DVD?

The Answer: A personalized profile and 1 month’s subscription to My Single Friend.This online dating service lets YOU write the personal profile, and you can write her such a glowing one her man troubles will hopefully be over! It does cost £18 for one month’s unlimited chat, but you can be a bit over budget in the name of love right?

The Problem: ‘No more cakes/fags/alcohol/fun!’ they declare, just before their name unfolds out of the hat. Suddenly half your potential gift ideas are thrown out the window and you’re left wondering what on earth you get them. You know they’ll be back on the sauce/cream pies quicker than you can say ‘Diets aren’t just about the calories’ but to buy them a sugar filled box of Roses would be deemed as unthoughtful. So what do you do considering these vices are their favourite things in the world?