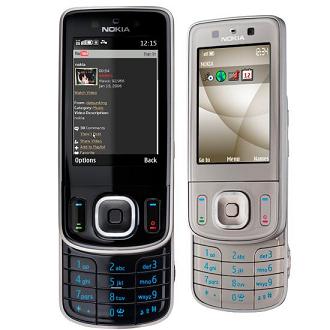 Nokia’s 6220 Classic is a bit of a boring handset. Change the name, introduce some sliding action into the equation and a bigger screen and, well, it’s still a bit of a dull handset. Introducing the Nokia 6260. But it’s not always about having an exciting design. Sometimes the insides of a handset have as much appeal, sometimes more, than the outer shell they’re carried in. WiFi connectivity is certainly appealing and it’ll come in handy when uploading a megabyte heavy image from its 5 megapixel Carl Zeiss camera with Xenon flash.

There’s also HSDPA/HSUPA connectivity, photo/video sharing via Nokia’s Ovi service and A-GPS for geo-tagging and fast and reliant navigation services. The type of speedy navigation service that shouldn’t make you want to smash your handset into a wall for making you wait for a signal. In addition to these specs it’s got a music player, FM radio and ‘hot key’ access to all the main features from the home screen.

It’s a decent enough handset, perhaps for people who aren’t all about the “look at me” pretension associated with more showy handsets *cough* iPhone *cough*. It’s due for shipment at the beginning of next year for around 299 Euros minus the contract and free, if you sign on the dotted line.