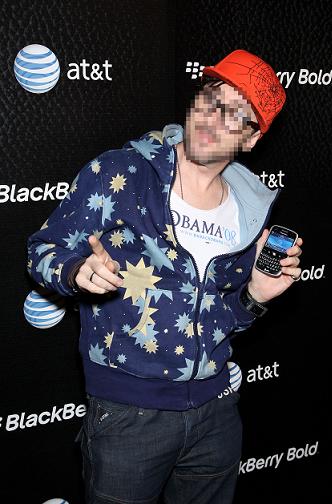 Who’s this colourful fashion victim (someone call the fashion po po) looking like he’s just been vomited up by the 80’s? And is that a Spiderman hat I see? Going on past precedent, it’s safe to say this person’s fashion choices are really out there, so I’m not really surprised to see him in such a ghetto un-fabulous outfit. Luckily, he has the Blackberry Bold in his grasp (and an Obama t-shirt) and is at the official AT&T Blackberry Bold party, so that ups his status tenfold. AND the fact he’s at the official Blackberry Bold party suggests he can’t be a social leper (which is what his clothes suggest). So who is this guy and what has he done to warrant such extravagant style choices?

To give you a few clues, he’s a Scottish actor, quite well known for his supporting role in GoldenEye, X2: X-Men United and his award winning performance in the revitalised Cabaret. This cheeky chap’s also a bit of a comedian.

Find out who he is after the jump… 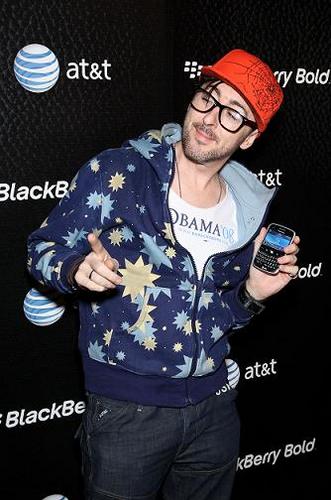 If my photoshop skills were sharper I’d have inserted a speech bubble with the words “I iz da man” as that’s exactly what he looks like he’s thinking. Well he is as long as the Bold is in his hands. Without it, he’s just a man in cerazy clothes.