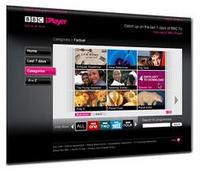 So this is a little weird: the Big British Castle has decided to stream both BBC One and BBC Two live, over the internet. This is apparently a reaction to the success of the iPlayer. And I suppose it’ll be really useful, when you’re… in a hotel with no TV? Would like to be tied to a schedule rather than watching things on demand? Don’t want to miss a moment of Eastenders, but really need the loo?

There are the inevitable statements from ISPs, who are yet again worrying over the capacity of the current interweb pipes. There’s also murmurs of licence fees becoming impossible to enforce – although The Rules state you do need a licence to watch programmes on a computer, it’s almost impossible to trace someone watching without a licence. Free telly!