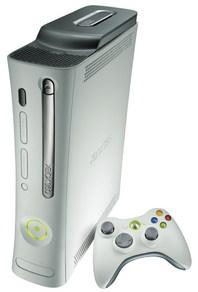 From 15th August, you’ll be able to nab yourself an extra 40GB of storage on your Xbox, thanks to the latest Microsoft announcement. The new Xbox 360 will pack a 60GB hard drive, rather than 20GB, for the same £199 price tag.

Unannounced, but discovered by an Xbox modder, comes a decreased likelihood of the dreaded Red Ring of Death – a problem that’s plagued the Xbox 360. The new models have the memory chips stored on the top of the motherboard, rather than the bottom, which was one contribution to the overheating.

Xbox LIVE is the world’s leading supplier of high definition content, so a move like this will further elevate their position. More room for HD goodness = more HD goodness sold. And if you want even more, there’s always the 120GB Xbox Elite.

The console will also upscale your existing DVDs, and give you one month’s membership to Xbox LIVE, where you can play online multi-player games and chat with entire groups.

One thought on “Microsoft announces 60GB Xbox 360, with less chance of RRoD”