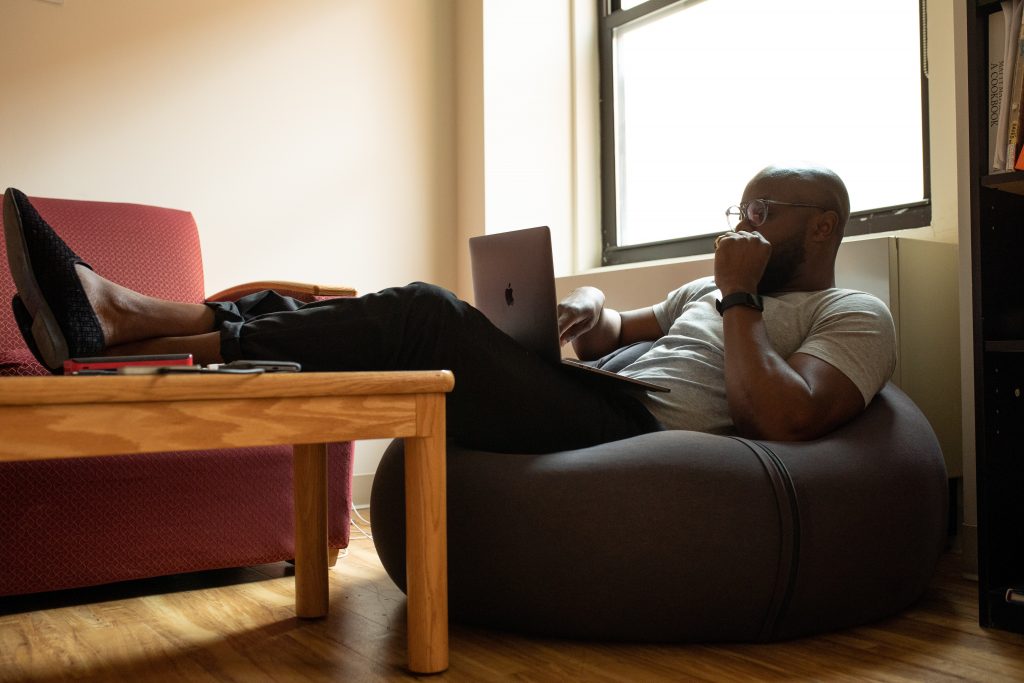 More than two-thirds of office workers admitted they have missed their workplace during the pandemic – with their desk, gossip and even meetings among the most longed for things.

The study of 2,000 office workers found simply speaking to people face-to-face topped the list of the most missed aspects. Having equipment including printers and multiple screens to hand also ranked highly.

And food also featured, with 14 per cent missing the tea rounds and 17 per cent longing for the days where colleagues brought in birthday treats.

Almost two thirds (65 per cent) also said they now appreciate the social side of work more than ever, with 51 per cent missing the workplace banter. One in five (20 per cent) even said they long for lunch break walks with colleagues.

“After a long time away from the workplace it’s interesting to see what people can’t wait to get back to one day.

“There are clearly many things people took for granted this time last year, from the social side of working with colleagues daily, to equipment and furniture such as desks, chairs and storage.

“Homes weren’t made to be offices and a lot of people may have been stuck in their kitchen or bedroom in recent months struggling with the setup and space.

“When people start returning to workplaces in the future it will be different to anything people have ever been used to so it’s important we help get workplaces ready so that everyone feels prepared.”

The study also found 18 per cent have missed listening to music on their commute and 12 per cent feel the same about reading their book on their travels.

And while 24 per cent have missed wearing office attire each day, 41 per cent have struggled to think of what to have for lunch daily while working from home.

A quarter of those polled even admitted they regret ever moaning about their workplace prior to lockdown.

But despite being away from the workplace, more than three quarters have kept in touch with their colleagues, with 56 per cent catching up via video calls. Almost one in five (19 per cent) have also held socially distanced meet-ups.

To assist their working from home set up, 55 per cent took things from the office, including their monitor (34 per cent), office chair (22 per cent) and even a printer (12 per cent).

Work pens (28 per cent), notepads (38 per cent) and laptops (66 per cent) were also popular. On the other hand, 15 per cent have purchased a desk to support their new set up and 14 per cent bought a new chair.

But when asked if they are ready to return to the office, 46 per cent are – but only ‘gradually’, while just 17 per cent feel ready to go back full time.

And workers think it will take an average of three weeks to settle back into their routine.

Overall, 38 per cent feel apprehensive about going back, but 14 per cent are excited at the prospect.

However, upon returning to the workplace, 64 per cent of those polled via OnePoll hope to see social distancing between desks.

More than six in 10 (61 per cent) want increased cleaning of communal spaces, while 69 per cent want hand sanitizer provided.

Chris Liddell added: “What’s clear from this survey is that people miss the office, but many are concerned about going back to the workplace – whenever that may be.

“It’s vital for companies to take the lead and ensure that workplaces are well-prepared and Covid-safe, to provide reassurance and safety and welcome workers back to the office one day.

Discover what Brits miss about the workplace at https://www.rajaworkplace.co.uk/most-missed-office

1. Being face to face with people
2. The office banter
3. Simply asking someone a question out loud rather than messaging
4. Working in a team
5. Your office desk
6. Hearing office gossip
7. Your office chair
8. Catching up about people’s weekends
9. The printer
10. Lunch break walks with colleagues
11. Having multiple screens
12. Buying lunch out at nearby places
13. The amount of space
14. People bringing in birthday cake/treats
15. The office phone rather than having to use your mobile
16. Tea, coffee and milk supplied
17. The quality internet connection
18. Eating lunch in a staff room / at a table with others
19. The leg room under the desk
20. Tea-rounds
21. The stationery cupboard
22. Meetings
23. The air-con
24. Having the help of the IT team
25. The amount of storage space
26. The work canteen
27. Free food
28. Overhearing colleague’s phone calls
29. Flirting with co-workers
30. Communal music playing
31. The kitchen
32. The water cooler
33. Free lunch during meetings
34. The vending machines
35. Fundraising events e.g. fancy dress
36. The water boiler
37. Bake sales
38. Using the facilities e.g. office shower
39. The white board
40. The notice board / cork board to store things