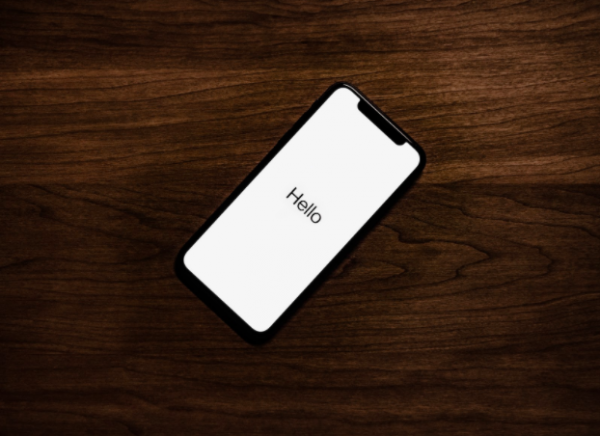 Photo by Tyler Lastovich on Unsplash

Smartphones are fantastic. We practically run our lives on them. Email, calendar, social media, photos, music, banking, the list goes on.

It’s the same all over the world. It was estimated that in 2018, there were over 725 million iPhones in use across the world (Source: CNN). That’s a lot of iPhones. As fantastic as they are, they aren’t cheap, and how many of us can say we use all of the features?

There are hundreds of features hidden away in Apple’s iOS, it’s no wonder we don’t know about them all.

We’re all for making life easier, so we’ve put together a list of the best hacks to help you get the very best out of your iPhone.

WiFi is great, especially if you’re streaming a lot of data, but when you’re out and about, your 4g signal is vital.  When choosing a mobile provider, look at the speed and coverage of the network.  Half cooked compares fastest 4g networks to help make the decision easier.

Heavy use is also hard on your battery, and once your iPhone is over six months old, you might find yourself charging it more often.

If you only have a few minutes to charge your phone, either switch it off entirely when charging or switch it into Airplane Mode. This stops all apps and features using battery power, allowing it to charge quickly. Just remember to switch your phone out of Airplane Mode when you’re done to be able to make calls or access the internet.

It’s a bit of a myth that closing all of your unused apps saves battery life.  Closing a bunch of apps suddenly can actually use more battery power than just leaving them on in the background.

Siri is great for a number of things but many people don’t know that you can command Siri to use the camera.

You simply need to activate Siri in the usual way by holding down the home button or by voice activation.  Then you just need to say ‘Hey Siri, take a photo’ or ‘Hey Siri, take a selfie’. Voila, hands free photography.

Use The Volume Button To Take A Photo

It can sometimes be a bit tricky to take a photo with one hand if you’re using one of the bigger iPhone models or have small hands.

Once you’re opened the camera app, you can use the volume up button to take a photo too.

Your Apple Earphones Can Take Photos Too

This works with the older Apple EarPods rather than the new Airpods. Just open the camera app as usual and use the volume button on your earphones to snap a pic.  Simple.

Have you ever shown someone a photo on your phone and been nervous that they’re going to swipe in the wrong direction and see a photo you’d rather they didn’t?

Luckily, there is a way to hide your photos that you want to keep private.

If you’re constantly deleting messages, photos and apps because your iPhone storage is full then you can offload apps. This allows you to remove them from your phone while still keeping the icons and their data settings. If you do need the apps again, you simply activate them to download with all of your original logins and settings intact.

If you have one of the larger iPhones, or smaller hands, it can be difficult to access icons in the top corners of the screens without needing your other hand.  That’s where the Reachability feature comes in.  It allows you to pull the top icons towards the lower part of the screen so you can reach them easily.

This tip will work on iPhone 6 and later models.

How often are you using your phone when those annoying pop ups asking for feedback keep interrupting.  To stop these Rate & Review messages popping up every five minutes:

We’ve already shown you that you use Siri to take a photo, but there are many other great Siri hacks.

Sometimes you can’t speak out loud to Siri either because you’re in a quiet space (library) or you don’t want to wake up the kids. In this instance, you can type commands directly into Siri.

Activate Siri Without Touching Your Phone

Now you simply have to say Hey Siri to activate it. This is great if you lose your iPhone, you can just say ‘Hey Siri, where are you’ and listen.

Sometimes Siri isn’t great at pronouncing names but you can teach it to.

They won’t get it right every time, but should be able to deal with most names.

Use The Spacebar To Move The Cursor

Undo Typing By Shaking Your Phone

If you’ve written an email or message you decide you don’t need you can activate the shake setting to get rid of it without having to keep your finger on the delete button.

Turn Your Keyboard Into A Trackpad

If you’re sick of trying to move your little cursor around the screen you can turn your keyboard into a trackpad that’s more like a laptop.

Best Of The Rest

It’s easy to spend all day on our phones looking at social media, emails or watching movies. If you think you’re spending a little too much time looking at your screen there are things you can do to limit this.

Equalize Music Volume On All Of Your Music

If you listen to a lot of music, you might notice that you have to turn up the volume to hear some of the older songs properly, only to have your ears blasted when a newer track comes on at an ear splitting volume. Apple has the nifty little Sound Check feature.  Once you switch it on, it will check all of the music on your phone for volume then work out the average, it is then used to play all of your music.

Protect Your Data By Deleting It

We store so much important, sensitive information on our phones, it’s dangerous for it to fall into the wrong hands. Most people have more than enough information on their phones for people to be able to commit identity fraud with.

You can set a feature on your phone to delete all of your data if the passcode it input incorrectly 10 times in a row.

If you activate this feature, make sure that you have cloud backup for your phone and also, it might not be useful for parents with little kids who like to play with their phones.