Half of Brits plan to continue their lockdown hobbies  – including creating podcasts, online fitness classes and walking more often.

A study of 2,000 adults found 43 per cent feel they have ‘changed their ways for the better’ – and plan to continue with their improved behaviours even after the restrictions are lifted.

This is due to watching more TV series and films with loved ones or learning a language online while stuck at home.

Starting their own podcast, editing videos and even learning to code are also among some of the skills to be continued after being picked up in recent weeks.

It also emerged a fifth plan on sleeping more than they did before when life returns to normal while one in 10 will look to get more guidance from YouTube tutorials.

The research, commissioned by LG Electronics, found two-fifths feel these new habits are better for their wellbeing, while more than one in four have found it easier to relax and keep a better routine

More than a quarter believe their new ways of living have even saved them money, and 15 per cent said it keeps them busy. 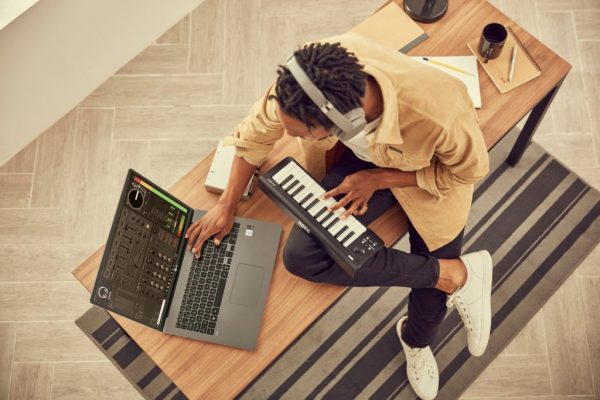 The research revealed that since social distancing began, video calls have become a primary method of keeping in touch with friends and loved ones – with 45 per cent talking to family and friends MORE than they did before social distancing.

Respondents have also been embracing digital birthday celebrations (25 per cent), pub quizzes (20 per cent), and even stag or hen dos (7 per cent).

In fact, the average person is spending two hours and 50 minutes on a week video calls.

And 48 per cent plan to keep this up post-lockdown, or even do it more often, suggesting a more permanent change to the way in which we connect and socialise.

Hanju Kim, IT product director at LG UK, which commissioned the study to celebrate the launch of the new LG gram laptop range, said: “It’s both encouraging and uplifting to see some of the positive things coming out of this challenging period.

“The fact that many people are forming productive and healthy new habits is testament to the nation’s ability to adjust.

“The nation is working from home and has an appetite to continue working flexibly even after offices reopen.

“A big part of this can be attributed to technology keeping us connected.”

The study also found the living room is the number one place in the house for Brits to take a video call (58 per cent), followed by the bedroom (29 per cent), while one in 20 will even look for a privacy in their garden sheds.

As well as changing their personal habits, a quarter of those polled, via OnePoll, also plan on working from home more often after offices reopen.

When asked what their ideal space to work from would be in the future, the home was the most popular answer (30 per cent), followed by a fixed office (23 per cent), and outside spaces (9 per cent).