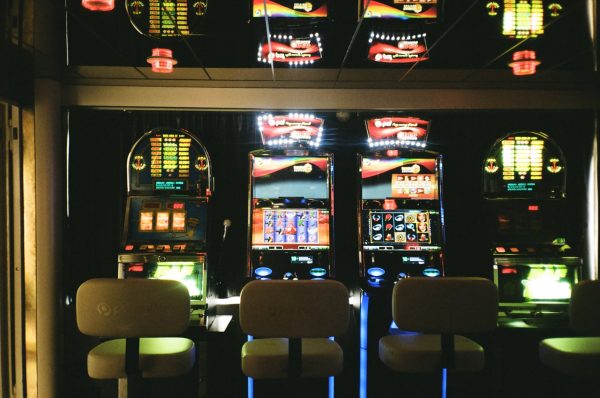 Back in the day, when someone wanted to play slot machine, it was considered the ultimate gaming experience you could have. These days they are whole new and different world due to the online transition they have made over the more recent times. The term slot machines was originally coined for any automatic vending machine and gambling device, right up until the 20th century.

Then, the term slot machine was exclusive to the gambling devices they were pertaining to. For example, the ‘fruit machine’ came from a popular British term and was coined in the pub, as the first fruit machines ever featured reels with fruit on to bypass laws that regulated and restricted gaming for money.

Where did today’s slots come from?

At a time way back when, today’s slot machines were first introduced around 1895 by a man called Charles Fey who thought he could do much better.

He thought that the former design of the slot machine to be too complex, and so simplified them by reducing the drums to just three with five symbols of possibility.

This meant the slots had less combinations on offer and so more payouts. Then the inventor gave us the bell symbol, or the liberty bell as it was better known back then.

Then came a guy called Herbert Mills, who was a salesman who decided to trade all of these machines over the US in several different establishments like bars and this went on, from barbers to brothels, before making its way to the UK.

Before this came though, there were unfortunate laws passed in certain states that prohibited gaming and placed limitations on betting.

And so to get around this, the machines would make pay outs with bubble gum which was fruit-flavoured as a prize, hence the now cherry and melon symbols found on the reels, and meant it allowed gamers to play.

The bar symbol came a bit later on, and it began after one of the major slot machine manufacturers of the 1950s – the bar symbol being an adaptation of the Bell-Fruit Corp logo.

By the time 1964 came along, the first popular gaming machine had already arrived – in the form of the 1934 horse animation race machine that was titled as Paces Races.

It is alleged that Nevada Electronic but the first all-electronic gambling machine named the “21”. Then other electronic versions of games followed, including those involving dice, roulette, horse racing, and poker.

Now, we live in a digital world and everything is accessible to all of us that have an internet connection, at the click of a button and a tap of the finger.

In these more recent and modern times, we now have online gaming that has taken over from the traditional way that slot machines were played.

And it’s easy to see why – what’s more convenient when you want to play a game on the slots than logging in?