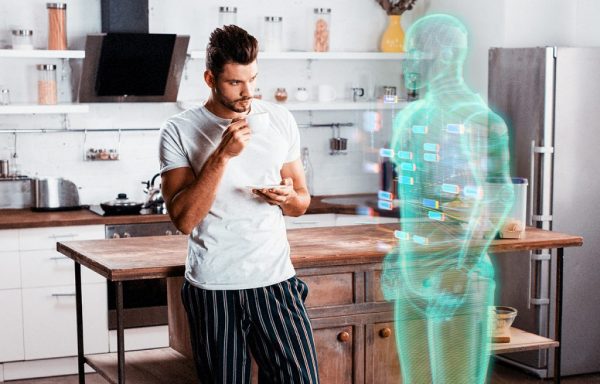 If you remember those Tomorrow’s World programmes from yesteryear, then you’ll remember how we were all supposed to be putting our feet up by now with our own personalised robots. Just as well it hasn’t happened, otherwise there would be even less to do during periods of self-isolation when we aren’t all try to get the broadband to work!

Still a new report predicts 90 per cent of common household tasks – including dusting, doing the laundry and cleaning dishes – will be taken out of human hands in the next two decades. Indeed some tasks will become the work of robots, like changing bedsheets, or smart drones that can water plants – sounds OK to me.

The study, written by leading futurists and academics including King’s College Professor Mischa Dohler and futurist Dr Ian Pearson, demonstrates the time and cost benefits of automation.Known as the ‘Life More Automated Report’, the document published by comparethemarket.com details how some jobs have already become part-automated through inventions like timed washing machines and dishwashers.

And research suggests when these jobs finally become completely hands-free, people will save almost two hours a day – more than 15 hours a week or the equivalent of more than 33 days a year. Kristin Sonfield, expert in automation at comparethemarket.com, said: “Automation has changed our lives for the better in so many ways, and soon some household tasks will be totally obsolete. “The list of chores to do on a day-to-day basis can seem endless and little things like changing energy supplier or searching for car insurance can often be the worst.

“Our automated services can help people automate life admin to save time and money, while our Simples Lab gives people tips on automation to make everyday life simpler.”

Among the innovations which will hit stores around the world within the next 10 to 20 years are house robots.They will be sophisticated enough to fold the laundry and will move furniture in seconds due to it being around 15 times stronger than the average human.

Multi-function drones will be commonplace in the 2030s, almost insect-sized and priced around £1 each. Some will walk, some will fly and some will be used for dusting, picking up specks of dirt and cleaning surfaces, with variations also able to water plants and monitor security around the home.

Others will shine an infrared beam at a room’s occupant to warm them as they move around the house.

AI butlers will be the norm by then – extremely advanced versions of Siri or Alexa that take control of all routine life admin like paying bills, managing subscriptions, doing your shopping.

Reverse microwaves will cool things down in seconds rather than heat food and drink quickly, while self-plumping pillows will automate the process of plumping your pillow to ensure a good night’s sleep.

Washing balls will be tennis-ball sized ultrasonic panelled devices that use ultrasound to clean, and when placed inside a pile or bucket of clothing will clean clothes without the need for a bulky washing machine.

Super smart fridges will learn what you eat and reorder when stocks are low and even recommend recipes based on the contents and expiry dates of the fridge’s contents. And virtual chefs will render recipe books and video tutorials a thing of the past within 20 years as they appear as holograms on the worktop to help us cook every step of the way.

The report comes after research of 1,000 British homeowners or renters found automation couldn’t come soon enough when it comes to cleaning the toilet, which was the named as the worst chore (34 per cent). This was followed by ironing (27 per cent), changing the bedsheets (24 per cent), dusting and cleaning surfaces (23 per cent) and washing dishes (20 per cent).

Brits were also asked which inventions they’d most like to see in their future homes, with 26 per cent selecting ‘house robots’.

Another quarter want to see drones patrolling their household sorting out spot cleaning, and a tenth are intrigued by ‘washing balls’, which clean laundry by ultrasound.

Academic Mischa Dohler, who worked on the report, said: “Automation is already so commonplace in today’s households – from washing machines to dishwashers – that we don’t even really think of it as automation.

“But the Life More Automated Report examines how automation is the key to an easy home life as it’s gradually helping us do less of the tasks we find more tedious, from sorting bills to washing dishes.”